Black pearl legend:
The Black Pearl, originally HEIC Wicked Wench, is a ship in the s of the Caribbean trilogy. The Black Pearl is easily recognised by her distinctive black hull and sails. This turns out to be an advantage in more than one way. Not only do the black sails act as a sort of intimidation tactic, but the Pearl’s crew can put out the deck lamps for added stealth at night. The ship was originally named Wicked Wench before she was ordered burned and sunk by Lord Beckett. It was later raised from the sea floor by Davy Jones after making a pact with Jack Sparrow who rechristened her The Black Pearl. She is said to be, ‘nigh uncatchable’. Indeed, in the three films she either overtakes or flees all other ships, including the Interceptor (regarded as the fastest ship in the Caribbean) and the Flying Dutchman (which is actually faster against the wind). Her speed is derived from the large amount of sails she carries. She is quoted in At World’s End as being The only ship as wot (which) can outrun the Flying Dutchman.
The Black Pearl was captained by Jack Sparrow for two years. The crew was heading to the mysterious Isla de Muerta where the legendary Chest of Cortes was hidden. Captain and crew agreed to equal shares of the treasure, but First Mate Hector Barbossa persuaded Jack that equal shares included knowing the treasure’s location. Jack complied, and soon after Barbossa led a mutiny and marooned Jack on an island. I’m sure you know the rest of the story.
In the first movie, the Black Pearl was a steel barge with wooden structures built on top to resemble a real ship. In addition, a soundstage set was used to achieve better control over fog machines. For the second and third movies, a floating sailing ship was actually built in the shipyards at Bayou La Batre inAlabama on the hull of ship Sunset to serve as the set, though it is not an authentic tall ship.

Note:
– What is shown in the picture is the effect of finished products. This is a DIY product, which requires you to assemble and paint by yourself
– The product needs a certain basic knowledge.
– The ship base is NOT included.

Click here to get DIY manual ：
https://drive.google.com/file/d/1gXHr8742Lh7Q0LiaTkHgdGcoztq_ckLu/view?usp=sharing
This is our link to Google cloud disk. If you don’t know how to make a ship model, you can download the manual to see the steps.

– The black pearl model of the whole scene, the true restoration of the Black Pearl sailing boat, is the best choice for sailing collectors;

– The cutting quality of the parts is high, and the error is reduced only for the convenience and convenience of your assembly;

– The presentation is good.

– Every detail of the sculpture fully respects the original manuscript for 3D design. 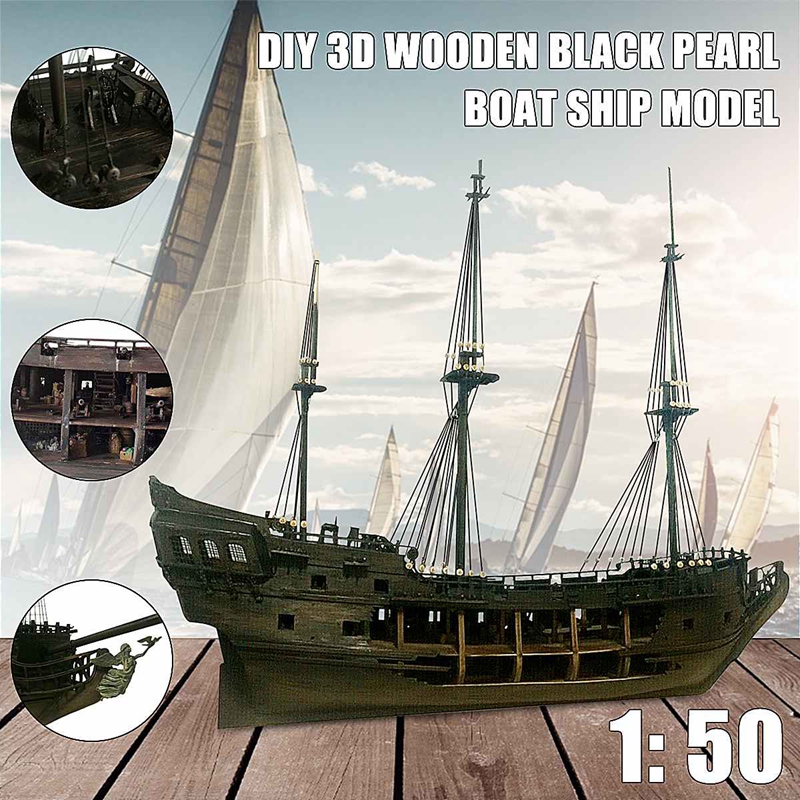 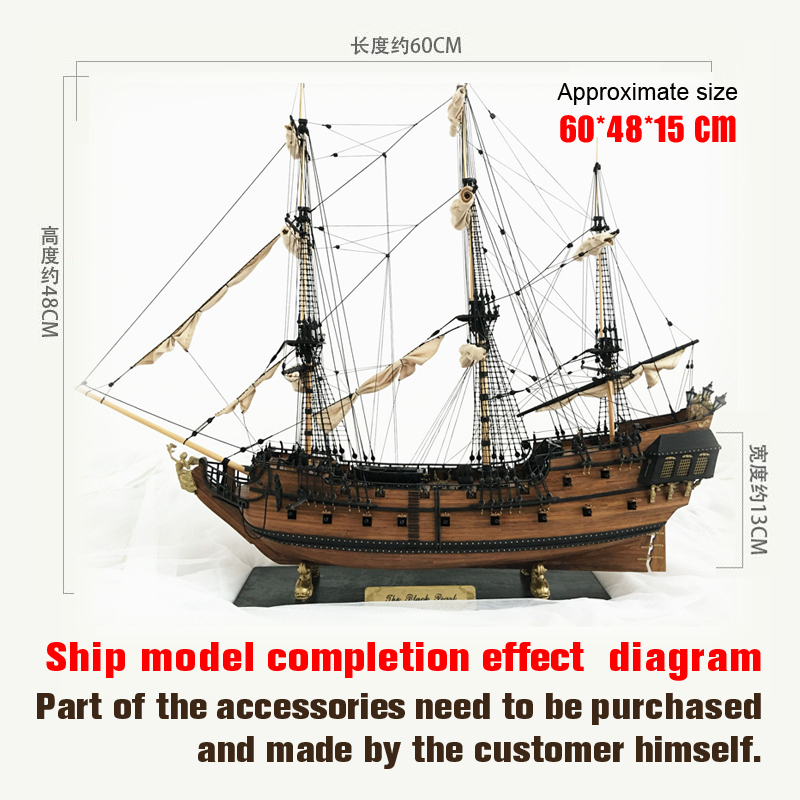 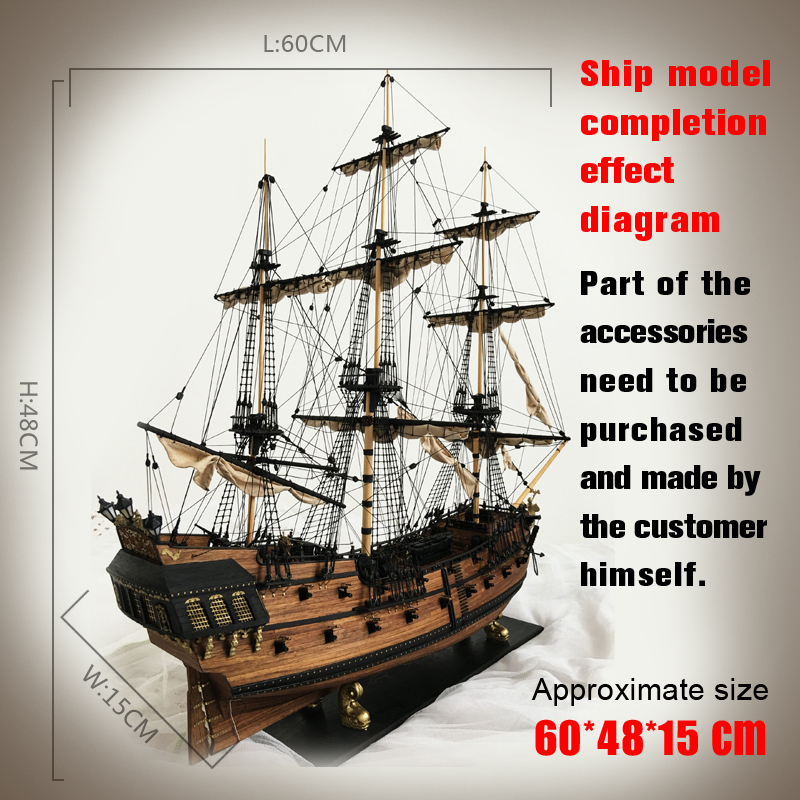 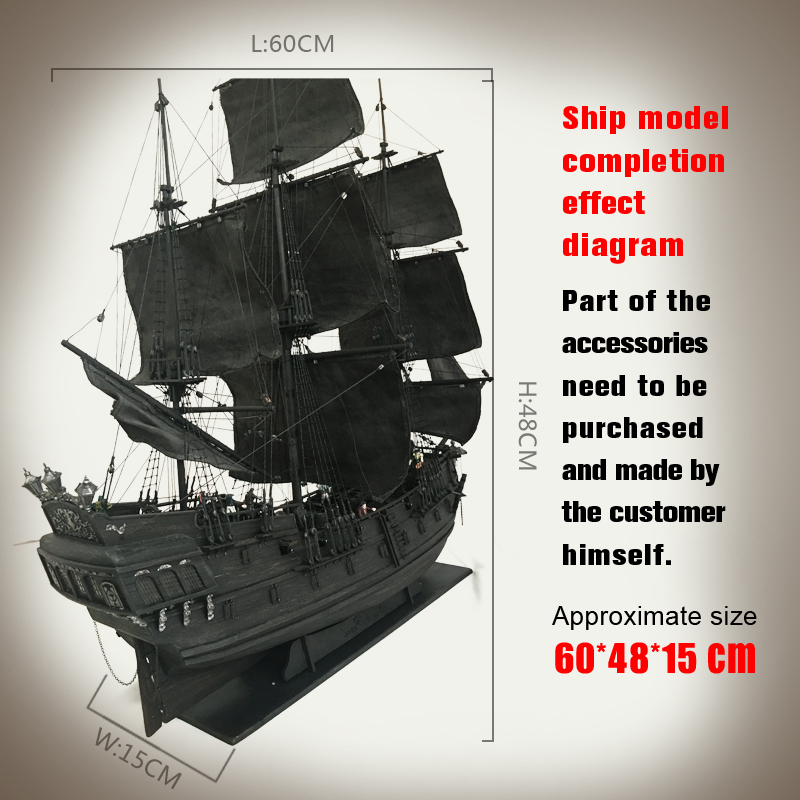 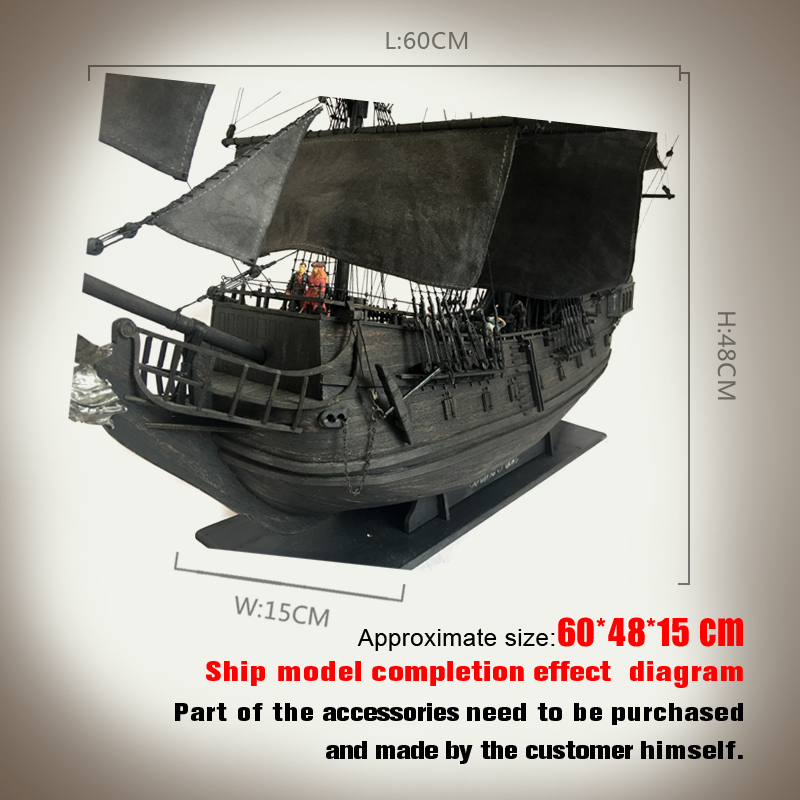 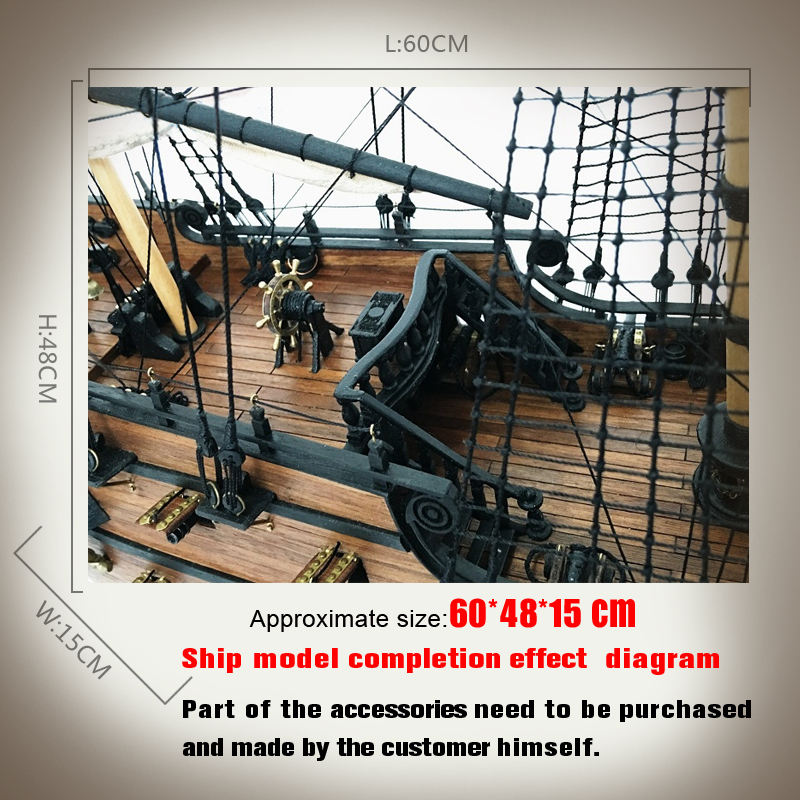 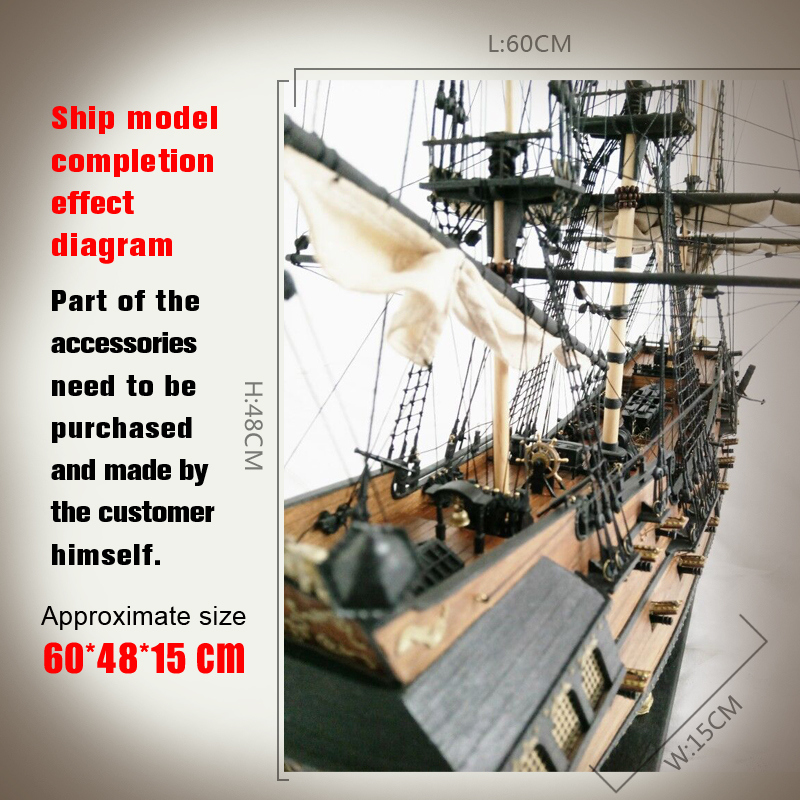 There are no reviews yet.

The following shipping methods are available, Standard Ground (4-6 business days), Second Day (2 business days) and Next Day (1 business day). Business days do not include weekends and there is no weekend delivery for any shipping method. Some items cannot be shipped using Second Day or Next Day due to size, weight, hazardous materials and delivery address. These items will only have Standard Ground available. Currently, we do not ship to U.S. Territories, APO/FPO, Canada or other international addresses. Please note that orders could arrive in multiple packages.

Next Day delivery is only available on select products for customers who ship orders within the 48 contiguous United States. Next Day delivery orders will be processed on the same day if they are placed by 11:00am CT on a business day, and should arrive in 1 business day. Orders placed after 11:00am CT will be processed on the following business day, and should arrive in 2 business days. All orders must have a valid street address (no PO Boxes). Not all items are eligible for expedited delivery. This method is not available for Alaska or Hawaii.

If you are doing a conventional return:

Initiate a return through your Orders page. Follow the steps until you receive a return confirmation and return label. Pack your item securely, then print and attach the return label to your package. If you don't have the original shipping container, use a sturdy box and include padding such as packing bubbles or newspaper. Bring your item to the drop-off location you selected during the returns process.

If you are doing a label-free, box-free return:

Initiate a return through your Orders page. If you selected a label-free, box-free return location, you do not have to package your item in a shipping box. After completing the steps in the returns process, you will receive a QR code. Bring the item you wish to return and the digital QR code to the drop-off location.

There are no inquiries yet.

Specifications: Material: PVC (Polyvinyl Chloride) + PS (Polystyrene) Comes with a simple arc stand that attaches easily, spins on it's axis Swivel globe encourages inquisitive children to explore and think big Perfect desktop globe for greater awareness of our planet and maps Research all the regions of the world with the globe Would also be [...]

Specifications:Color: Gold, Silver, BlueMaterial: PlasticDimension: Frame-17×24.5×5cm; Globe-8.5×8.5cmVoltage: 110-220V Feature– The globe can be suspended in midair by advanced magnetic technology and can rotate 360 degrees in the air smoothly.– Equipped with an LED light function that makes it look cool when opened in the dark.– A perfect home decoration fashion crafts for your house or [...]

Features: –Comes with a simple bow support that is easily fixed, rotates on its axis. –Special design, with LED light. –Rotating Globe encourages curious kids to explore and think big. –Updated Geographics Sphere – Rotating desktop map of the world desktop globe perfect for greater awareness of our planet and maps. –Search all regions of [...]

Description: This desktop globe is designed to encourage our interests of learning Geography. Children may be able to explore the continents they have or have not been, spot a place and find out what’s on it, and what’s around it, they would be encouraged to read and recognize the fact of the earth geographically and [...]